We're thrilled to be able to return to New Zealand after the success of Power Plant in Wellington. We'll be back in the beautiful surroundings of the Domain in Auckland for eleven nights from 8-19 March 2017. 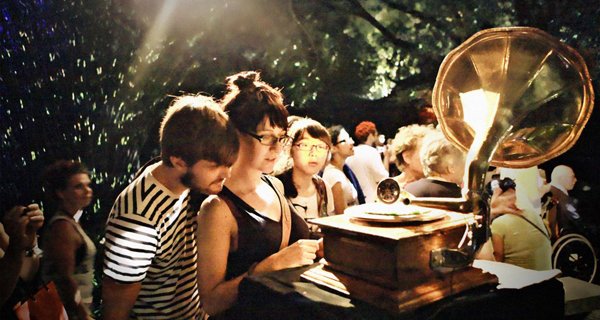 We are delighted to announce that Power Plant has been confirmed for the New Zealand Festival 2014.  Power Plant will take place within the magnificent surroundings of the Wellington Botanic Garden with the show running from the 28th February to the 16th March 2014. 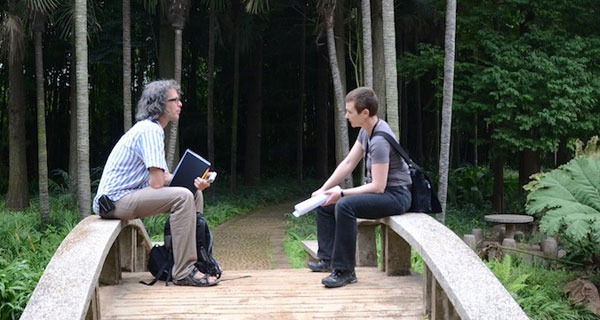 Here Mark and Barbara, take a break from roaming around the Botanical Gardens in Kunming to discuss the plans so far, the gardens in Kunming are a magnificent site for Power Plant, they have many exciting features, and the team have been warmly welcomed by David Patterson, Director of Horticulture and his staff. 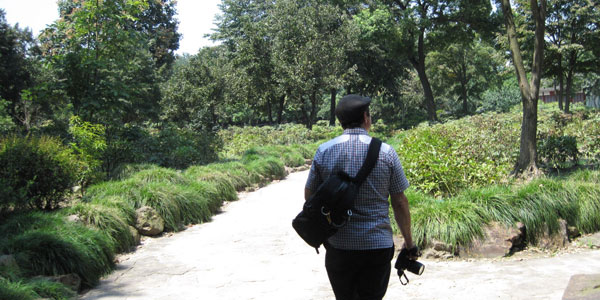 Artist Mark Anderson, and Ulf Pedersen with production manager Barbara Egervary and producer Simon Chatterton have been on site visits in China. Supported by the British Council we hope that we will be staging Power Plant in the near future. Ulf Pedersen in the peonie garden of the Botanical Gardens in Shanghai. The gardens are a fantastic site, with a large collection of Bonsais which Ulf and Mark are excited about incorporating into Power Plant show.

Power Plant artists, Anne Bean, Kirsten Reynolds and Mark Anderson have been to Ness Botanical Gardens in North Wales with producer Simon Chatterton for a site visit. They are all really excited by the prospect of staging Power Plant in these beautiful gardens. Already new works are being imagined and incredible visions conjured up. 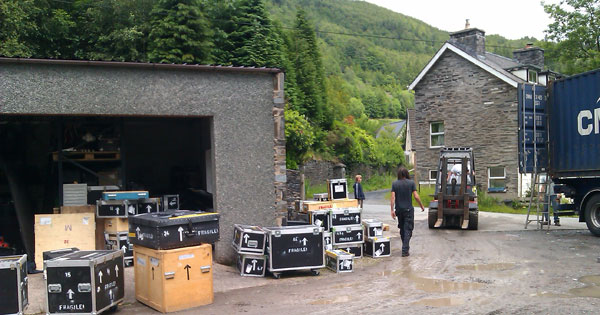 Power Plant returns to a warm wet and windy Wales after its successful tour of Sydney, Hong Kong and Tasmania .