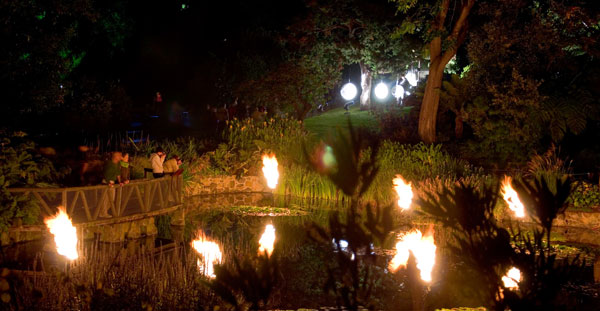 Power Plant took on the huge Royal Tasmanian Botanical Gardens as the headline event of the Ten Days on the Island festival and created for many, including some of the artists, what was the most incredible version of Power Plant to date. A beautiful site, with almost no ambient light and fantastic support from the gardens, Power Plant became a hit of the festival, as selling out many nights of its run, with an audience of around 10,000 people.

A Chinese garden sited on the location of one of the most colourful and historic parts of old Hong Kong became the site of Power Plant at the Hong Kong Arts Festival. Sold out before it opened with audiences of 20,000 people across a three week run, Power Plant transformed this large city park, with new work specifically created for the venue, and original installations taking new forms in this very different location. An area with strong local traditions and communities, the event was ticketed inexpensively and some parts of parts of the show free of access, enabling huge numbers of ordinary people from the local area to return night after night.

At the Sydney Festival, Power Plant transformed the Chinese Gardens in Darling Harbour At the heart of Sydney's vibrant waterfront, for twelve nights with audiences of over 1500 per night. The compact city-centre gardens created an intense experience where amidst the pagodas and lakes, the installations were framed by skyscrapers and city lights. Becoming a kaleidoscopic Power Plant, the closely sited installations combining and complimented to create a vivid and evocative symphony of sound. 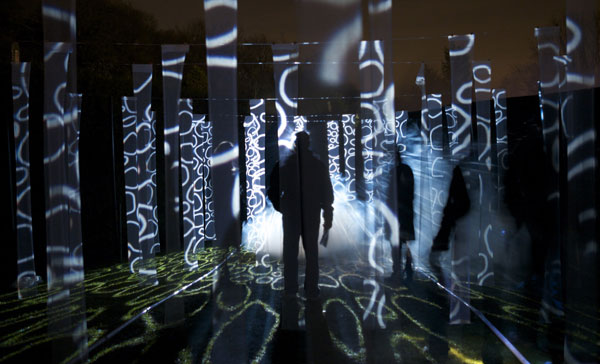 At the Lumiere Festival of light in Durham, Power Plant was invited by the renowned producers Artichoke to create a headline event for the festival. With the whole of the sprawling University of Durham Botanical Gardens site to play with, the event included woodland walks and valleys, greenhouses and lawns. Many installations were created specifically for Durham and some have gone on to become firm favourites. 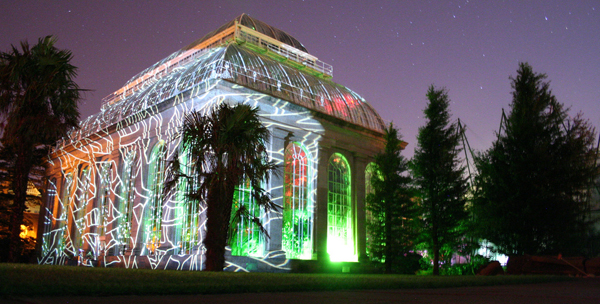 Part of the British Council showcase at the Edinburgh Festival, Power Plant was created almost entirely within the massive Victorian greenhouses of Edinburgh's Royal Botanic Botanical Gardens, and quickly became a hit of the Festival, selling out almost its entire run and winning fantastic reviews from mainstream press and media including a full page feature in The Guardian. The late night shows entered into festival mythology and the stream of visiting international promoters led to interest and bookings across the world for Power Plant. 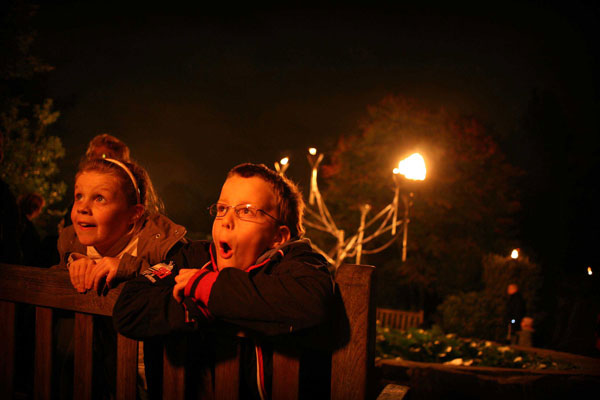 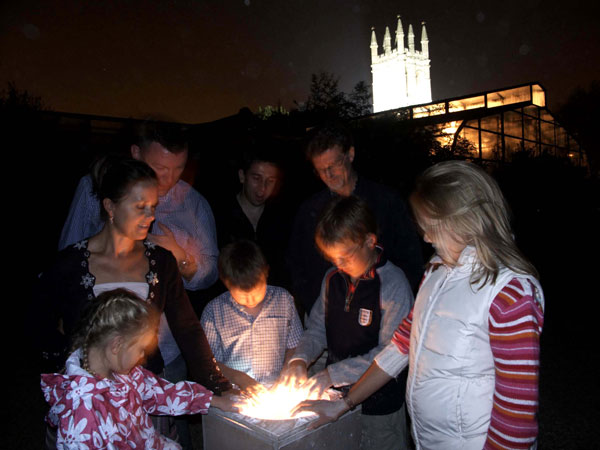 The first Power Plant was staged in the beautiful walled botanical gardens of Oxford was a beautiful moment where the artists' installations came together to create the start of something truly special. Commissioned by Oxford Contemporary Music, the show attracted an audience of over 6,000 people. Three guest artists joined the Power Plant artists, Ray Lee with a version of the award-winning Siren, Bruce Gilchrist and renowned percussionist Z'ev playing Spinning Gongs.